Argos is a tier 3 abyss raid in Lost Ark that possibly drops useful T3 materials and engraving books and card sets. To clear or defeat the raid, phase 2 is where must be passed. So, here we are going to learn about the Lost Ark Argos Phase 2 mechanics, with all Argos P2 patterns and symbols you should know.

We’ll dive through all of the mechanics across both sun and moon sides. The main mechanics of Argos P2 need communication between the sun team and moon team.

Lost Ark Argos Phase 2 consists of 5 sub-phases, during the 1, 3, and 5 sub-phase, you’ll face Argos as a raid, and 2 and 4 sub-phases are when the two parties will be split from each other. You’ll start the fight together and after a short period of time, Argos will pan the screen out into a flashy laser attack, when this happens, the sun team will be teleported away and forced to handle a mini boss with unique mechanics, while the remaining party keeps fighting Argos. Everyone in party one will have a sun symbol under their legs and everybody in party two will be the moon. Each team will be separated throughout various segments of the fight, the survival of one party depends on the communication and action of the other.

Once the 2 sub-phases start, the sun team gets teleported and they will need to face a dinosaur-looking mini boss, there are some things you need to know. Your team needs to bring Destruction Grenades as the boss will have a few chances for destruction spots that need to be destroyed or else. The boss will do insane damage.

Moon team will be fighting Argos and they’ll see another one of those large laser attacks when they do, they need to let the sun team know that somebody needs to peek over the edge, they might chat to the sun team, the sun team will send their players to the top right of the map where they are fighting that mini boss and let the moon team know which of the possible mechanics is going to occur.

After the sun party kills their boss, you will all group up again to fight Argos, you will fight together for a short time and once the 4 sub-phase starts, then it's the moon team's time to get teleported away, the moon team's mini boss is a bit easier.

When you start this boss fight, if you can’t deal around 30% of his HP bar as damage within 1 minute and 30 seconds, the sun party will be wiped. The moon team should work to have awakenings up for this part of the fight. This boss has a move where he'll summon four locations around them that are safe zones, each team needs to fill one of these zones in order to not get hit hard by the ability, and finally, this boss will summon an additional mini boss a few times throughout the fight, the mini boss is only really there to get staggered, this team should bring Whirlwind Grenades and do everything in their power to stagger this mini-boss as soon as possible, because when this boss gets staggered, the initial mini boss will come back and be knocked on the ground, leaving him vulnerable for you to hit him hard and you need to keep doing this over and over until the boss is dead, once this boss dies, you'll all group up on Argos again, he won't have that much health pummel him until he dies.

Let’s go over each option that the sun person might see. Depending on the Argos phase 2 signals or symbols, the sun team will tell the moon team to do different things, there are a total of 6 Argos P2 patterns in Lost Ark. For example, if you see the pattern containing orbs, tell the other team to collect orbs.

1. Moon Inside: which is as simple as the moon team needs to fight Argos in the middle of the map until he does his wipe attack.

2. Moon Outside: same exact thing except the team needs to stick on the outside of the map to survive.

3. Sun Inside: this is the only one the sun team needs to deal with they need to stay in the middle of their map, so when Argos does his wipe, it doesn't wipe their team.

4. Moon Arrow: the moon team needs to go wherever the arrow is pointing on the map.

5. Moon Orbs: the moon team needs to collect as many orbs as possible as they spawn around Argos.

6. Moon Stacks: the moon team needs to have one person at eleven o'clock, one o'clock, five o'clock and seven o'clock on a clock face. Argos will spawn sun spots around the map at those locations, and when they turn to moon spots, your team needs to jump into them, one person at a time obviously at those locations to collect stacks. You'll be able to see the stacks collected near your health bar, it can go up to 10 stacks, once you get 10 moon stacks, you go over and fight Argos and you'll see them deplete. 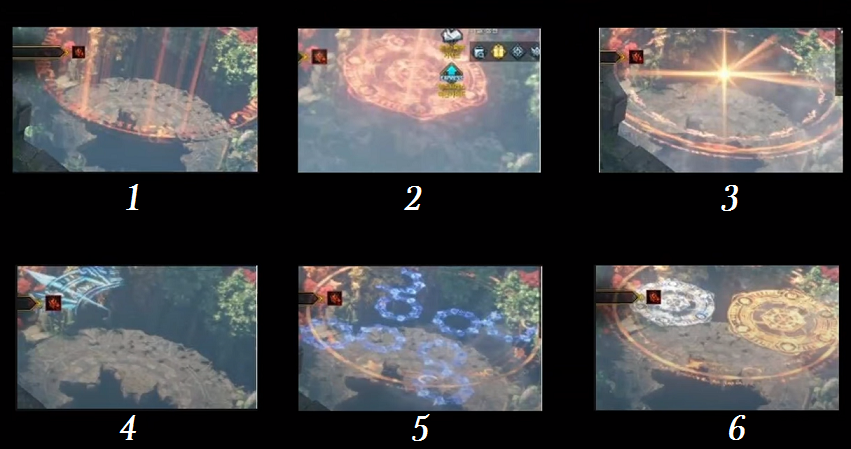 If you are going to buy Lost Ark gold for obtaining those items quickly, the cheap price and safety guarantee offers high reliability at Utplay.com