This is just a quick explanation of some of the nuances associated with legion raids in Lost Ark. If you want to know more about it, take a quick look at this article. 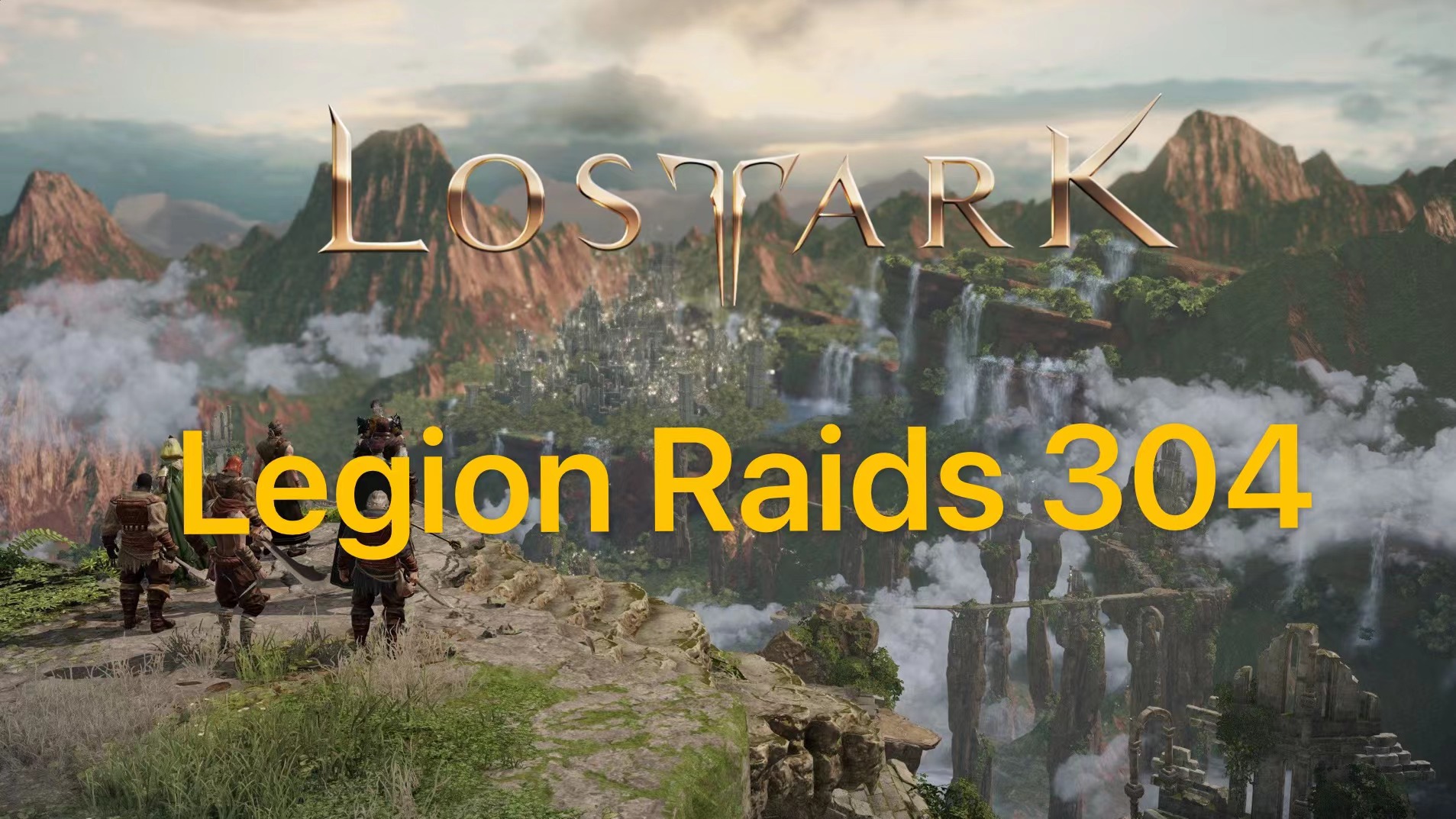 What is a Legion Raid?

They're majoring counselors against some of the Lost Ark's more formidable demons and you're starting with the demon beast commander Valtan and legionnaires, they're a separate type of raid from the existing abyssal dungeons or abyssal raids, so first, regarding how many legion reigns you can do initially, you only have access to one over time they add more until you're able to fight against all six of them: Valtan, Vykas, Kakul-Saydon, Brelshaza, Akkan, Thaemine.

How many can I do each week?

The entry system for legion raids lets you enter and obtain loot and Lost Ark gold from any three of your choice, you only have one eventually that will be four, so you would pick three (Valtan, Vykas, Kakul-Saydon) on any given week and this really just lets you curate your own weekly itinerary since each of these raids has things that are useful towards your progression, so maybe you don't need loot from one boss, so you can't do that boss, but you need loot from these other three bosses, you pick these three and maybe one character needs a loot from one of these bosses but not these other ones, you only get to clear a given raid once per week per character, so it's not like you can do Valtan three times, you can do like Valtan and then later Vykas and then Kakul-Saydon, and of course, this is per character, so you can do Valtan and on like every single one of your characters that are eligible to enter, and this also applies to the difficulty levels, with the checkpoint system though you can enter one of the phases on like hard mode but if maybe the other phase is too difficult, you can go down to normal mode for that phase, so you can actually switch up the difficulty of the raid depending on you know if you're comfortable with it or not, but at the end of the day you can complete it once per week and difficulty shared lockout.

Can I enter a Legion Raid under item level?

You can't enter a Legion rate under the specified item level, either we know Argos, you're able to enter phase two and phase three-under item level you can't do that with legion raids, it's a hard limit and this is until Brelshaza's Raid, but all of the phases within a raid are also the same item levels, so like the first phase of a boss and the second phase of the boss or third phase of the boss they would all be the same uniform item level, they don't escalate like Argos, how Argos went 1317, 1385, and then 1400, so you know with Valtan in normal mode it's 1415, none of that weird shenanigans.

Do I have to clear Normal mode to unlock Hard Mode?

How do Legion Raid checkpoints work?

Unlike legion raids, however, there's a checkpoint system implemented into the legion raids, what this means is that you can do loot after every single phase and then you choose to continue or end the Raid with your current party if you decide to end the party, you are not locked out of finishing the Raid for the remainder of the week, you have the ability to re-enter the Raid with either the same party or change out the party members, provided the new party members are also on that phase as well and if you left the raid unfinished the checkpoint resets on the weekly reset and you go back to phase one on the next week.

What is the loot difference between Normal and Hard?

When it comes to loot and Lost Ark gold, obviously the higher difficulty provides more of each more importantly materials to craft the relic equipment that mainly drops from the hard mode of each raid, but the normal mode actually does still provide some materials it's like half for towards the relic set and while you do gain a few of the relic materials for normal mode.

What item level do I need do to be to craft Relic gear?

In the current state of the game in Korea, Russia, and Japan, it does not let you craft any of the powerful relic sets before your item level reaches 1445, and that means that you can essentially farm all the mats needed to craft your set but you might not have the item level to actually craft the set, but then once you reach there you have the mass pre-prepared in advance so as far as these sets go.

Can I craft the full Relic set with just Valtan?

What items do Kakul –Sayon and Brelshaza reward?

Kakul –Sayon, and Brelshaza are actually the only two bosses that create these initial sets. Kakul –Sayon, he drops a special material that actually improves the set bonuses on the existing eight sets, and then later on when Brelshaza comes out, her set is actually just the existing sets but a higher item level, so you don't have to worry about like having to change your build because the set bonuses are different, they're the same exact sets, but just a stronger version of them also when you transfer over your Argos gear to the new sets of gear, there's no enhancement loss, it transfers over to one to one, so if you have a plus 20 item, it just becomes a plus 20 item, the quality does not transfer over though.

What are Sidereal skills?

This is like a special feature just for these Raids, it doesn't require you to bring anything into the raid, it's just a built-in mechanism, that's similar to like limit breaks from final fantasy, they're really powerful attacks, that's called by the raid leader to summon one of the heroic Sidereal to launch a unique ability, it's activated with either control Z, control X, or control C by default, but you can rebind these, and this ability is for meeting damage checks, stagger checks, weak point checks, or surviving just really dangerous attacks from specific bosses, and only the raid leader can launch these attacks, so they end up dying, they should be mindful to pass the leader role to someone else that's alive, the sidereal skill is a skill shot as well, it can miss so you have to aim and time it carefully, in some cases the meter to fill the sidereal skill which you'll see in the top left, it naturally recovers over time slowly so you can stall it out to fill it up, but it also rapidly fills up after specific mechanics that bosses do.

Are there mechanic differences between difficulties?

In terms of mechanics, there are really few mechanical differences between normal and hard mode, mostly just certain mechanics are strengthened and they add some complexity to them, and sometimes that requires some adaptation, when it comes to raid wipes in normal mode, there's more leniency, like one or two people can mess up and it won't trigger the raid white whereas, in hard mode, it might trigger the raid wipe if just like one or two people mess up.

Are there any practice modes for these raids?

When these raids are released, lower-level people might feel bad that they can't experience these types of content, so they have these practice versions, even though Kakul-Saydon's rates 1475 midnight rehearsal, you can do it at 1385, and then Brelshaza's 1490, but in her practice mode, you can do it at a much lower level as well and it pretty much just lets lower-level people experience the content, but moreover, and probably more important is that you don't get maps for your gear, but you get a special currency that you can use in an in-game NPC shop that has a lot of really useful stuff, like honing materials and some cool stuff like cards sticker packs and other cool things, so you can start earning those currencies in advance you earn them in the normal modes as well.

What are Hell modes?

There's hell mode which usually releases a few months after each respective raid has been released, hell modes challenge the best of the best players, and they're fully equalized with no outside influence, it's just for people who just really love a good challenge hell modes, they don't have checkpoints unlike their non-hell counterparts that we talked about before they have to be completed in one go and they have very tight DPS checks, and they actually often have additional mechanics and sometimes attacks that their non-hell counterparts just don't have at all, they don't have a lockout that's shared with normal mode or hard mode, you can freely enter this as many times as you want clear it as many times as you want in a given week and it won't lock you out of the gear progression related versions.

What is set hotswapping? How do I change my set?

You can assign your presets to specific contents and it'll automatically equip that preset when you enter that content, though these presets give you all five of these for free, it has to be unlocked on each of your characters, so it doesn't unlock your whole roster once you've obtained 55 of each, you get a short purple guide quest that introduces the system to you in regards to, and you don't have to hold on to those 55 materials by the way once you have the 55, it's done you can go use the materials on other stuff.

How does item quality on Relic sets work?

In regards to quality and this is like a really particular topic, unlike all sets before legion raids, when you crafted your items, they had a pretty fair shot of crafting at a high quality, legion rate items are heavily weighted towards zero quality, and the bonuses are considerably higher with regards to quality on these sets than the tests before them.

It is strongly advised you do not do this for legion rate items, there's a separate system of polishing using an item called cast stones.

You can buy 10 each week from an NPC at a discounted price ranging from 500 to 900 gold, once you exhaust that there is an infinite amount that you can buy from the same NPC for 1000 gold, it's not cheap.

You can also exchange leftover relic raid materials for chaos stones, as well so you have a bunch of leftover mats from Valtan, Vykas, Kakul-Saydon, Brelshaza, Akkan, and Thaemine, you can later exchange them for these chaos stones for additional chances to increase the quality of your gear.