It seems like ethereal items confuse a lot of players in Diablo 2: Resurrected, they're not sure when it's desired or when it's not desired, and what's good with it or what makes it worse. Actually, it's really important to note because ethereal items generally are either going to be best in slot, relevant or complete garbage. So we think going over more details about Ethereal Items here is going to be helpful, let's go ahead and dive into each of them.

What are Ethereal Items in Diablo II: Resurrected?

In Diablo II, Ethereal Items are volatile weapons and armor (not including rings, amulets, blots, arrows, bows, crossbows, phase blades, set items) with bonus in damage and defense but can not be repaired, they are also known as Ethereals with the below features:

1. More efficient in terms of damage (for weapons) and defense (for armor) up to 50%, that's why they can be the best in slot.

2. Their durability is much lower (half of the original +1, usually around 50% less).

3. The strength and dexterity requirements are reduced by 10 each and the sale value is reduced by 75% or more as well, so it's going to be easier to wear lower requirements for you or your mercenary.

4. They are impossible to be repaired. You will therefore have to use them carefully, against bosses for example. There is, however, a way around this problem: crimp the item with a Zod rune. This makes an item indestructible and will allow you to use your ethereal object for an eternity.

5. Note that mercenaries who use ethereal items do not cause them to lose durability, so it may be worth giving them while waiting to find a Zod rune for example.

6. If it breaks and hits zero durability and it doesn't have a replenish on it because you can't have self-repair or replenish quantity for like jabs or something, then it'll just be broken forever which is why they can be completely worthless.

What D2R Ethereal Items are Worth Getting  & What is Worthless?

The first thing of course to note of Ethereal Items is increased damage and defense, so everyone would love to use an ethereal, but when you run into zero durability on it then it breaks forever unless you could put a Zod rune in it if you want to make it indestructible. But there are not every Ethereal Item is worth keeping forever, let's go over some Ethereals and tell you which ones are worthless and which ones are worthy to keep.

The added defense overall is generally a pretty worthless stat, especially such a little amount of defense like 150, you're going to get much more from armor and all of these other items. You shouldn't worry too much about defense especially if you're like a caster in all of this, it's going to be very little effect unless you're really stacking defense, but even then it's not going to be worth it having it for like an ethereal shako.

For resistances or the magic fan from the topaz or a cham rune, for cannot be frozen or anything like that, so the socket gets wasted and the socket value is worth way more than a little bit of the defense, same with the griffins.

Same with boots, gloves, and belts, these are all going to be the same sort of idea - these are fantastic steel wrens 58 percent ED, but they're ethereal and going to break and you can't even socket belts, gloves, and boots anyways, so there's no chance of saving these, these are actually completely worthless whereas this somebody can at least kind of salvage with a Zod rune.

Best Ethereal Items are Worthy To Getting

Ethereal Treks and Other Ethereal Items With Self-Repair Mod

The only time that you're going to have some Ethereals that are useful would be like Sandstorm Trek because they actually have a self-repair mod on them. These treks are ethereal, so they would break but every 20 seconds it repairs one durability, so they're great Ethereal items to get for increasing defense and durability not going to be an issue whatsoever.

Best Ethereal Weapons Worth To Keep

Here we bring up some great ethereal weapons with huge damage that are worth collecting, some of them you should keep indestructible by adding Zod Rune, and some of them come with replenished quantity:

Breath of the Dying

D2R Items Will Never Be Ethereal

Here is some items that will automatically be indestructible and or just not have ethereal versions of themselves right, so there are a few of these examples:

1. Bows and Crossbows are always non-ethereal, as they have no durability and will never be ethereal whatsoever

2. Any unique item that has indestructible as a mod of its own will always be whatever it is, such as the Tyrael's Might (Sacred Armor), it will never be ethereal. 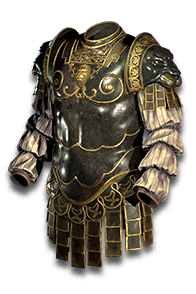 So that's all of our D2R ethereal guide, hope it could help you figure out which ethereal items worth getting. What's more, if you need Zod Runes for keeping the durability of ethereal items, go to buy some on our page of Diablo 2 Resurrected items for sale, fast delivery, safe transaction and cheap prices guaranteed!