You only get three chances to socket items with that Larzuk socket quest, you're not going to want to waste them. So in this D2R guide, we are going to give you the top 5 best items to use the Larzuk Socket Quest on in Diablo 2 Resurrected now, even in Ladder Season.

Even though you only get three socket quests from Larzuk (one from each difficulty), you can actually trade for more if you need to socket more items. Some people aren't as trusting as others, so some people wouldn't want to go ahead and give their great item to a random person have them plug it in and get the socket, because you never know if they're just going to go ahead and quit the game never to be seen from again. So to help you make the best use of Larzuk Socket Quest, we list our Top 5 Best Items to socket in Diablo 2 Resurrected even in Ladder season:

The very first choice on this list is using Larzuk Socket Quest on Andariel's Visage - it is a great helm item for your Act 2 mercenary, because it has increased attack speed, life leech, and gained a lot of other stats on it including strength. But it has a pesky minus 50 to your fire resistance, and that's the reason why this is so commonly socketed in order to eliminate that negative effect. What a lot of people will do is just stick a reroll into that Andariel's Visage in order to completely negate that negative effect or later on you can find an amazing rare jewel that will have the 30%+ to fire resist to negate that, with other stats on top of it such as strength or increased attack speed. If you ever use an Andariel's Visage on your Act 2 mercenary without sticking that reroll or something else in order to eliminate that minus fire resist, your mercenary will get wrecked sometimes especially when you're going around Travincal, or any of those council type members with the hydras, or any of the monsters in Diablo 2 that use fire damage. 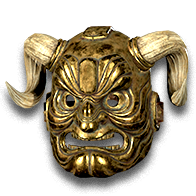 The Andariel's Visage is so incredibly useful though for the Act 2 mercenary with the increased attack speed and the life leech on it, that people will always want to get rid of that fire resist, so we would recommend and everyone kind of always does get that open socket in your Andariel's Visage through Larzuk Socket Quest.

This is probably the literal most common use for the Larzuk Socket Quest and that is adding a socket to the Shako - Harlequin Crest is the most commonly used item probably in all of Diablo 2 history. 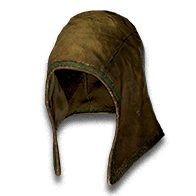 Harlequin Crest is such an amazing item for just all-around gameplay, it has a bunch of life & mana, +2 to all skills, damage production, and a bunch of magic find. You can use it for a player verse monster for any type of gameplay that you're doing that for, it is one of the most powerful magic find items in the game as well and that is exactly what you put in that socket. Almost exclusively, you will see Shako's going around with perfect topaz in it or those rich players will put an Israel in it just for show. There are also other occasional things that people will put UM runes in it occasionally for more of the resistance if they're struggling with that, or even put Cameroons in it from time to time to get cannot be frozen and to free up their ring slot instead of having a raven frost so they can plug in like another SOJ to get some more mana. So the Shako is probably the singular most common item to use the Larzuk Socket Quest on.

If the Shako is the number one most common use of Larzuk quest on, this one we believe slides in at a very close number two perhaps eventide and that is a White Monarch to use in order to make your spirit shield. It can take you an incredibly long amount of time before you eventually do find yourself a 4-open-socketed monarch.


Everybody uses it on a monarch specifically because it is one of the only shields for non-paladins that can get four open sockets but it is definitely the one that has the lowest strength requirement even though you need 156 strength in order to use it. Now everyone probably already knows but a spirit shield is absolutely amazing for casters with +2 to all skills, faster hit recovery, faster cast rate, the resistance bonus, the mana. It is absolutely bananas the runes are super cheap, so everyone's looking to get their Spirit as soon as they can because it bumps your character's powerfulness up super early.

so we'll start off this list with a controversial one because we've heard many opinions. You may literally have people tell you do not to do this but it depends on what kind of luck you get or what kind of unluckiness you get, but that is using your Larzuk Socket Quest on an ethereal Colossus Voulge.

Now specifically, people use their Larzuk Socket Quest on the Colossus Voulge because if you use the Larzuk Socket Quest, you get the maximum sockets you can on a base item, and since the Colossus Voulge is an elite polearm, it's a great choice to use to make an Insight or an Infinity runeword. Now also the Colossus Voulge just due to the way the game was made get a maximum of four open sockets, so it is the only elite polearm base that if you Larzuk socket quest it, you will get that four open sockets that you need to make your insight early on in Diablo 2 Resurrected.


But it's controversial and we've had a lot of people say that don't waste a Socket quest on it, because you're going to find yourself one of those elite polearms that's ethereal sooner rather than later. But if you don't have good luck in Diablo 2 Resurrected, you will actually not find a four socketed ethereal elite polearm in a short time even in the entire game, it's just how the luck goes. Up until this point, we do suggest taking a regular ethereal Colossus Voulge and using a socket quest on it.

Even though it has really high strength, once you get up to the higher level your mercenary can then use it. So we would say if you need to get that Insight early on dealing a bunch of damage, you go ahead and use your Larzuk Socket Quest on that ethereal Colossus Voulge.

Top 5 - Use Larzuk Socket Quest on Skin of the Vipermagi

This one might also be a little bit controversial but we suggest always using a Larzuk Socket Quest on a Skin of the Vipermagi early on in Diablo 2 Resurrected Ladder Season. 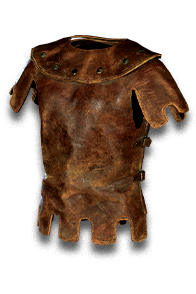 So even though Larzuk Socket Quest can be incredibly useful and maybe there are items later on that you would want to use that for, we think it will more than pay off in order to put that socket in the Skin of the Vipermagi for applying topaz in it to get more magic find, and you'll actually find better gear throughout the game with that extra magic find until you get better items than it would be to really sit on a socket quest and not use it for.