Future Stars represents the best wonderkids in world football, they are expected to have a brilliant future in their career. EA holds a campaign every year to release a collection of Future Stars players in FIFA Ultimate Team. Before the promotion start, we bring you the FIFA 22 Future Stars predictions, with the release date, cards, SBCs, and more possible offers. 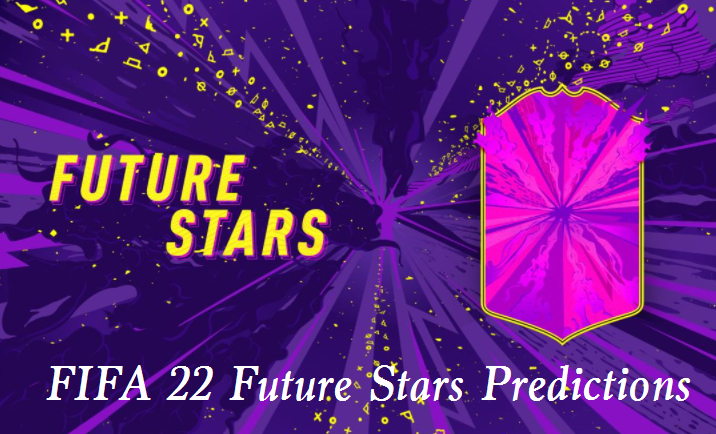 What are FIFA 22 Future Stars?

Future Stars in FIFA Ultimate Team are generally players aged 23 or younger, have great potential in their future career but have not yet established themselves or become famous as a superstar. When the event comes, a squad consisting of a group of Future Stars players may be revealed with a special card design and increased ratings, and they are gonna be available in packs for a limited time. Last year, two teams of Future Stars cards were released with an attractive looking.

Future Stars promo is expected to take place on February 4, 2022, in FUT 22. Until now, the release date of FIFA 22 Future Stars has not been confirmed, but it should be close.

What players would get the Future Stars cards in FIFA 22? Now, let’s take a look at the latest predictions. The players featured in the Future Stars team will be available in packs first and sold in the transfer market with different FIFA 22 coins.

What Else Will Be Available During FIFA 22 Future Stars? - Future Star SBCs & Objectives

As usual, there would be selected players available outside the packs and transfer market, one of the ways to get these Future Stars is the Squad Building Challenges, you can get special Future Star cards as the SBC rewards. You may also be able to unlock different items through in-game objectives.