Speaking of the favorite professional characters in Diablo 2, many favorite ones are bow and crossbow Amazon. She is the only real long-range physics class in Diablo 2. Unlike sorceress, she can easily get through hell simply by skills and wearing equipment; Unlike melee classes such as Barbarian, you can't walk in hell without equipment. To play bow and crossbow well requires the player's scheming skills. In the early stage, you can experience the hardships of equipment upgrading, and you can also experience the pleasure of strong crossbow vanishing after completing equipment in the later stage. This article explains the best Amazon's stats, skills, and attribution points in Diablo 2 Resurrected. 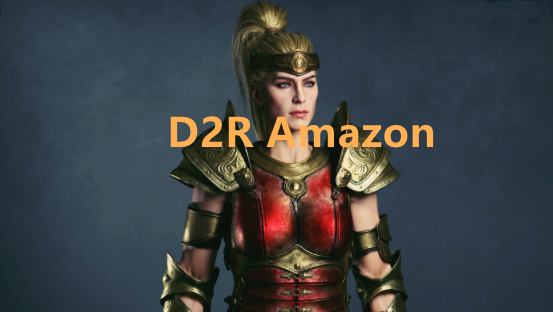 Strength and energy are determined. Strength is added to wear equipment, but not energy. This is a common bonus for most professional gameplay in Diablo 2. Next, let's talk about dexterity and vitality.

A shooter is basically the main force of DPS in all games, so is Diablo 2. In order to improve her output ability, she needs to add some attribute points. The weapon used by bow and crossbow is bow and crossbow. The damage of the bow and crossbow is related to the dexterity of the character, so it is necessary to add dexterity. Secondly, because bow and crossbow are long-range classes and Valkyrie, decoy and other skills to lure the enemy to share damage, their life requirements are not as high as other melee classes, and their vitality can be increased appropriately.

Then the distribution of dexterity and vitality is not fixed. It is added according to the player's level and preference. Personally, I suggest novices keep their life at about 800 (including the equipment), and then add dexterity. 800 this life has a small chance of being killed by one shot in hell. Of course, many top players are pure sensitive addition. They increase the output to the limit, support life only by equipment, and improve their safety by walking and skills.

Inner sight: after use, you can see the surrounding monsters and reduce the defense of the surrounding monsters, that is, you can improve your hit rate. This skill is very good in the early stage. The defense of low-level monsters in the early stage is not high. Level 1 inner sight can obviously improve its hit rate. In the later stage, it is less useful. The defense of high-level monsters is high. The proportion of defense reduced by inner sight is too small, and the hit rate is not significantly improved.

Cold arrow: after use, you can see the surrounding monsters and slow down the ballistic speed of the monster's long-range attack. This skill is very easy to use when dealing with long-range attacks on the enemy. The enemy's shooting will obviously slow down, including the lightning emitted by the electric ghost. Greatly improve their own security in front of a large number of remote monsters.

Decoy: create your own avatar. This avatar can only stand in one place for luring enemies and sharing damage. Separated life improves with skill level. There can only be one separated life at a time. This skill is an important skill used to attract enemy firepower. The clever application can lead monsters and gather monsters well.

Valkyrie: summon a younger brother with a spear weapon. The younger brother's attributes will increase with skill level. This is the strongest Summoner in Diablo 2.

Double strike: passive and magic, you have a certain chance to double the physical damage.

Penerate: passive and magic. You have a certain chance to make the arrow hit the monster and pass through the monster. You can continue to attack the enemy behind the monster.

Magic Arrow: the shot Magic Arrow does not consume arrows, increases a little damage and hit rate, converts some physical damage into magic damage, and the amount of mana consumed decreases with the increase of skill level.

Multiple shot: shoot multiple arrows at the same time. The attack is 3 / 4 of the ordinary attack. The number of arrows increases with the improvement of skill level. Only the middle 1 (the total number is singular) or 2 (the total number is even) arrows can trigger a special attribute. Cost 1 arrow per cast.

Strafe: quickly shoot multiple arrows to attack one or more enemies. The initial attack is 3 / 4 of the ordinary attack. The number of arrows and attacks increases with the improvement of skill level. Each arrow can trigger a special attribute. Each casting costs 1 arrow, and the character cannot move when casting.

The above are the useful skills of the physical bow Amazon. Let's briefly introduce their functions, and then talk about the additional points of these skills. Observing these skills, we can find that, unlike many other occupations, Valkyrie can receive several skill bonuses, and other skills do not add to each other. As I said before, the general idea of adding skills is to select the main skills first, and then add skills that can add bonus to the main skills. Therefore, many professional play methods are more fixed. But physics bow and crossbow are different. Except for several main skills, the point distribution of other skills is not fixed.

Magic Arrow is a low-level skill. Upgrade one level, increase the attack a little, and convert 1% of physical damage into magic damage. In other words, the full level 20 increases 20 attacks, and the conversion rate is 20%. When playing some monsters with high material immunity or material resistance, the converted magic damage is more useful. In other times, the conversion damage is not of great significance. Therefore, it can be seen that the output of Magic Arrow is not strong. It is not much different from ordinary attacks in the later stage, so it will not be selected as the main attack skill.

Guided arrow was definitely the main skill of bow and crossbow before 1.09. In the old version, Guided arrow can repeatedly impale attack the same monster, and the damage is very explosive. However, after the later version was modified, the guided arrow did not have such an attack and fell from the altar. At present, we use the guided arrow for the boss, which is no different from ordinary attacks at other times.

The rests are multiple shots and strafe. Multiple shot is a typical range attack. Cause a fixed 3 / 4 of normal attack damage to a single monster. The damage cannot increase with the improvement of skill level, but can only increase the number of arrows per attack, that is, the number of monsters that can be attacked each time. There are 24 arrows at level 23 at most. It's useless to upgrade later.

Strafe, auto-aim in a short time (not auto track). One or more enemies shoot multiple arrows continuously. The damage and the number of arrows can increase with skill level. Up to 10 arrows. Compared with the two skills, multiple shot has a very strong group attack ability, but a single attack is relatively poor, and the damage is not as good as an ordinary attack; the Strafe group can be used as a monomer and has wider applicability.

If you need to buy cheap Diablo 2 Resurrected items, runes, and runewords, utplay.com is always the first choice.