If you want to boost the damage and enhance the strength of your character in New World, Trophy is a good way to go. Before you get benefits from trophies, you need a house first and understand how trophies work. In this article, let’s go through what are trophies in New World, how many trophies you can get, how to get & upgrade trophies, trophy recipes, and the best trophies to use. 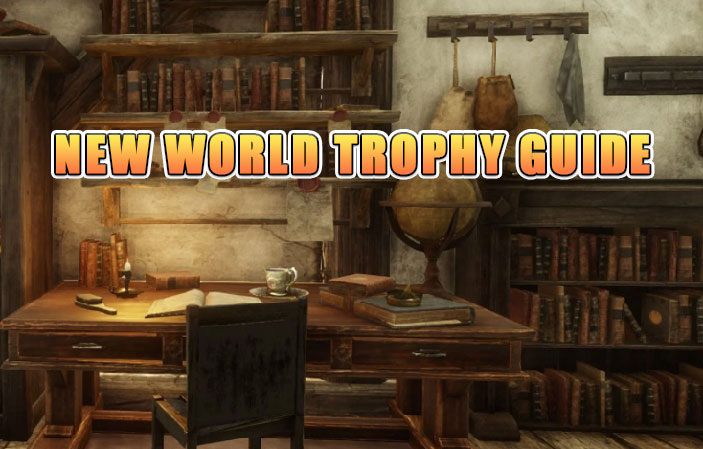 What are Trophies in New World?

New World Trophy is a kind of unique furnishing that can be placed in houses and grant passive bonuses for your character. You can place the same Trophy in different houses but they are not allowed to be put in one house multiple times. Display the same Trophy in each of the houses can stack the effects of trophies.

How Many Trophies Can You Have in New World?

In New World, trophies can be placed on the wall of any house that you own, you can own up to three houses and every house can hold five trophies, so that means you get access to up to 15 trophies in the game. A trophy can only be placed one copy per house, so you could have a set of five in one house and the exact same set of five in another house, you can potentially have three copies of the same trophy running at the same time.

How to Get & Upgrade Trophies in New World? - New World Trophy Recipes

All the New World trophies start with the minor category, once you make the minor trophy, you can then upgrade it into a basic trophy, and then finally a major trophy. For example, the crafting recipe of Minor Loot Luck Trophy 1 Rabbit’s Foot, 1 Maple Stain, 25 Lumber, and 20 Steel Ingots. It requires 100 in furnishing and a tier 3 workshop. If you don’t have the power level furnishing, you can also just purchase these items at the auction house using NW coins, or ask someone to make it for you, you can bring all the materials and hand it to them. The Major Loot Lock Trophy is going to give you 150 GlobalRollMod, so it could be quite worth your time.

What trophies should you use? Considering the benefits, here are the five best trophies for New World recommended by Sethphir.

It could be the minor, basic, or major preferably if you have the higher components, that would be great, but everyone's not going to be there, so even if you just have the minor one, make three of these active, so one in every house that you have, that's going to take up your first trophy slot.

The most common type of enemy you're going to be fighting in this game will actually be Corrupted and Lost, they are going to be a good go-to for a trophy.

So the second and third trophy slot that you're going to want to be using is going to be the corrupted and the lost trophy types because these are the most common day-to-day farming monsters that you will be killing, so being able to do more damage against these mobs will save you more time and you get more big numbers.

Skinning seems to be another one that's really good, because there is a good use for Runic Leather, skinning a lot of monsters out is very good because Runic Leather is a staple for bags, you need 45 of them to make the high-level bags, and you also need a lot of it for other materials that are being crafted, and even specialty armors, so this is going to be one of the harder things to get, it also gives you a higher chance to get Sumptuous Rabbits from the rabbits out in the world, which is the best food in the game at the moment, also gives you 40 constitution, it is the cheapest to make and everybody needs constitution supplemented into their build.

The Mining trophy will allow you to get access to Orichalcum and particularly Void Gauntlet whenever you see it, but also Tolvium and Cinnabar, which is a staple for making the Asmodeum item, it is the most common item used in crafting the highest gear and best in slot items in the game. You do not have to have the major trophy, the best trophy in the game, it's so expensive, even if you have the low ones, it helps everything.