Related Read: How to Get Into Glitched Market in 2K21

You do not need to complete every single other domination game in order to get Mel Daniels, you only have to do his domination games, that's going to be worth doing, use your regular team these are not going to be simple. You have to beat all of these games on three stars.

How to win every game play against the computer in Domination? Each player has their own experiences and difficulties. Here are some tips you can refer to.

1. First, the coach that you're running should be your normal coach playbook, if you are struggling with scoring, there are at least two playbooks you should try out. One is the HAWKS playbook and then the other one is going to be the Gold Rockets playbook, if it's expensive, you can easily just sell it back once you're done with it, but the Gold rocket playbook is really good and the reason is that it's a five out playbook, if you don't know what five out is essentially everybody stands on the perimeter and that makes it a lot easier for you to score.

1. The first thing you need to make sure you have Pelicans playbook, if you don’t have this, it isn’t gonna work, so go ahead and buy it with NBA 2K21 MT.

3. When you get into the game, the first thing to do once take the ball off the court is going to GAMEPLAN -> Coaching Sliders, set the Help Defense to 0, this is gonna prevent people from leaving the corner to stop someone from getting an easy layup which is gonna actually leave the guy in the corner open for three, that's gonna help you in the long run. The next step is to go to Coach Settings, and turn off the Adaptive Coaching Engine.

4. For Offensive Settings, your Freelance has to be Hawks 2018, for Play Selection, you want to go down to your fourth play, select High 5, this is the play that's going to allow you to score every time.

The Reddit user u/Duvangrgata1 also posted a detailed guide for how to crush the CPU in Mystery Domination. Click here to check out the original post. 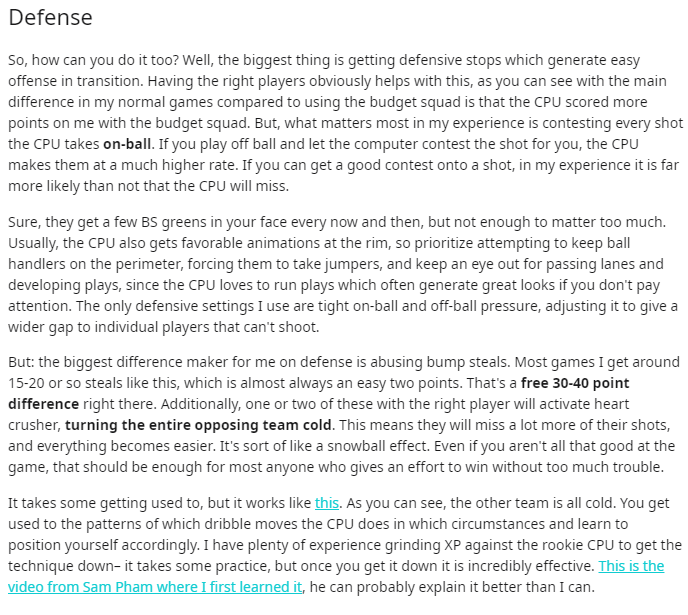 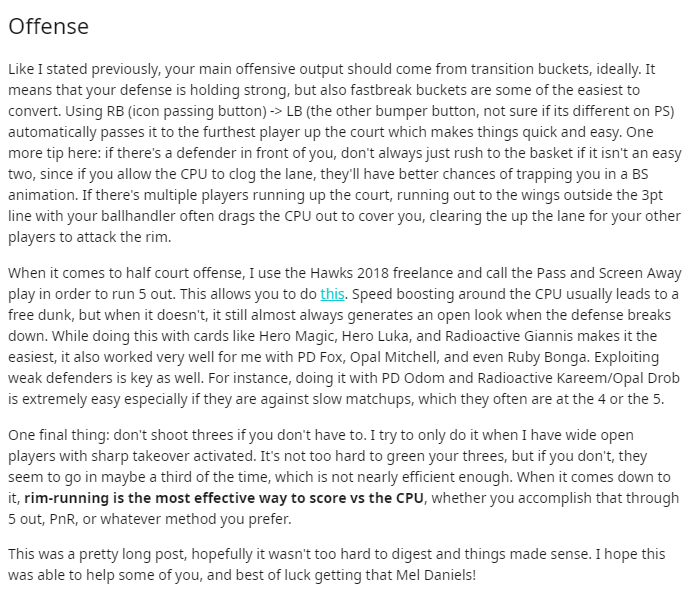