The FIFA 21 433(4) was one of the best formations last year in FIFA. we haven’t been paying a lot of attention recently. so it’s the perfect time to give this formation a go once again. this formation is very good for someone who wants to play quite attacking FIFA, if you don't care about your results, this is a fun formation to use because you can create so many opportunities and score a lot of goals, not necessarily conceded a few, but chances did get given to my opponents, but generally the 433(4) formation is a super OP formation. 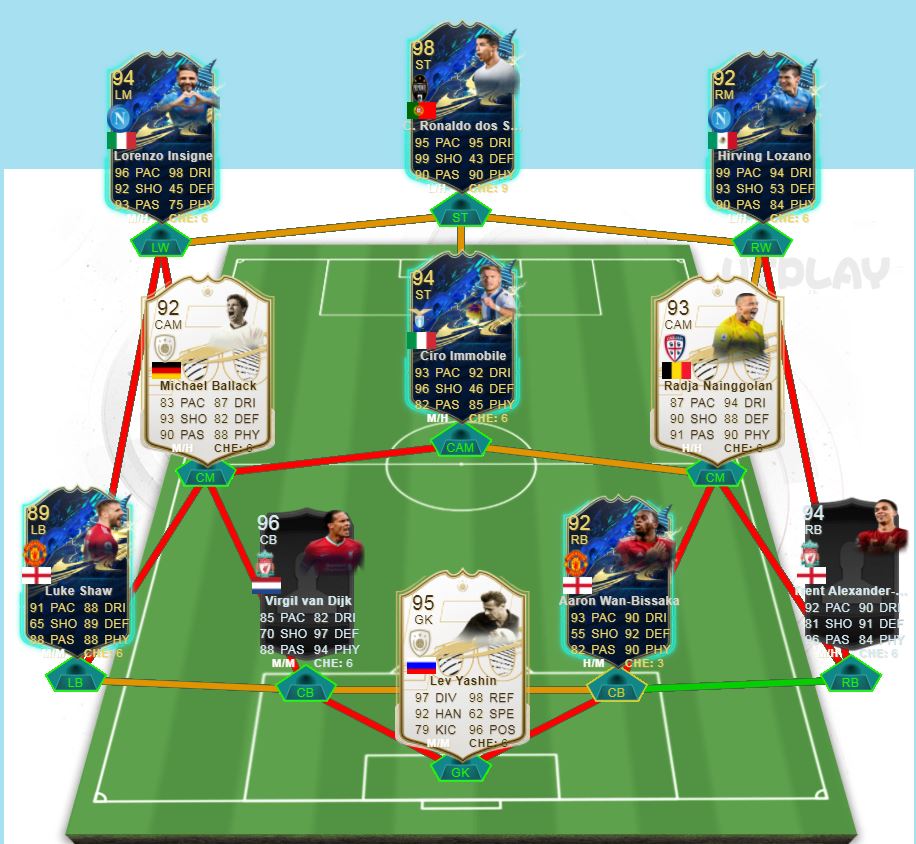 In terms of the tactics, these are the tactics that we ended up settling on. defensive style on balance or press after possession loss. it is a successful tactic and can cause your opponent some damage. although it can be very effective, but when against good players, they would figure out how to play against it. and balanced are more stable, it worked very well. defensive width you can set on four if you like to play quite narrow with these wing formations. because you're a little bit open, most people don't cross the ball. so it’s okay to be a little bit narrower on the wings. but if you like to have a little bit more width, you can go up to around about six. depth wise, it’ll works well on seven for this formation. because you're playing attacking FIFA and you're playing on the front foot, so you may as well play with a high depth. it's going to force your opponent to potentially give up the ball quite easily. you want to win the ball higher up the pitch without playing on a press. to do that, you need to play on a slightly higher depth. there are a lots of fast defenders nowadays, so you can afford to play a little bit higher up.

Offensive style on fast build up works extremely well for this formation. if you're someone who's plays fast and quick and recycles the ball pretty well. this formations  have the cam, striker, and mids quite close together, works well in two flat midfielders a cam and a striker, they’ll link up very well. they're your primary goal scorers in this formation. offensive width should set on 10. plays it wide will stretch your opponents out really well and it works super good. if you create lots of space and it works extremely well. a lot of people don't like playing like this and because they find that sometimes you can be left open in the midfield, that is very true. but if you are confident in the way you defend, then you can have a few less players back defending and still manage to cope. maybe against a elite player, you'd struggle a little bit. but if you're not someone who's bothered about wins and losses and results and want to have fun, then these tactics will work super well for you.

Support Runs - Get In Behind

Support on Crosses - Get Into The Box For Cross

Support on Crosses - Stay On Edge Of The Box For Cross

Saving on Crosses - Comes For Crosses